One of the ways that cities worldwide try to reduce their carbon emissions is through encouraging people to ride bicycles. We may not yet reach the level of the notoriously bike-friendly Copenhagen, which has 390 kilometers of designated bike lanes, but U.S. cities are also making a big push to add lanes for cyclists. This in turn creates a need for bicycle parking facilities, as more and more commuters are taking their bicycles to central work locations.

In 2012, Capital BikeShare launched in Washington, D.C., and its surrounding counties, to provide a bike-sharing system for residents and tourists alike. Four years later, there are 235 bike stations in the District alone, with a total of over 3,700 bicycles available. Cyclists with longer commutes can also load their bikes onto Metro trains and buses. The increase in cyclists on the street is changing commuting in the region.

The rise of protected bike lanes in cities has also had a major effect. People for Bikes reported in 2013 that the number of cyclists in dedicated bike lanes along Pennsylvania Avenue in downtown D.C. had grown seven times faster than the citywide average.

Among other U.S. cities, San Francisco is making protected lanes a priority, as they plan to double their current total of 13 with 26 miles of protected lanes by the end of 2017. Going beyond road striping, Chicago has begun installing curb-protected bike lanes to make commuting even safer for riders.

The image of the lonely bike rack in front of an occasional municipal building or school is giving way to a more modern conception of bike storage being available along every city street and in every parking garage.

A 2009 transportation study suggested that a combination of bike racks and showers at an office building resulted in a much greater willingness of staff to cycle to work than having bike racks alone. As employers realize that bike facilities make sense, from the point of view of both sustainability and employee wellness, they increasingly want to provide the option to their workforce. 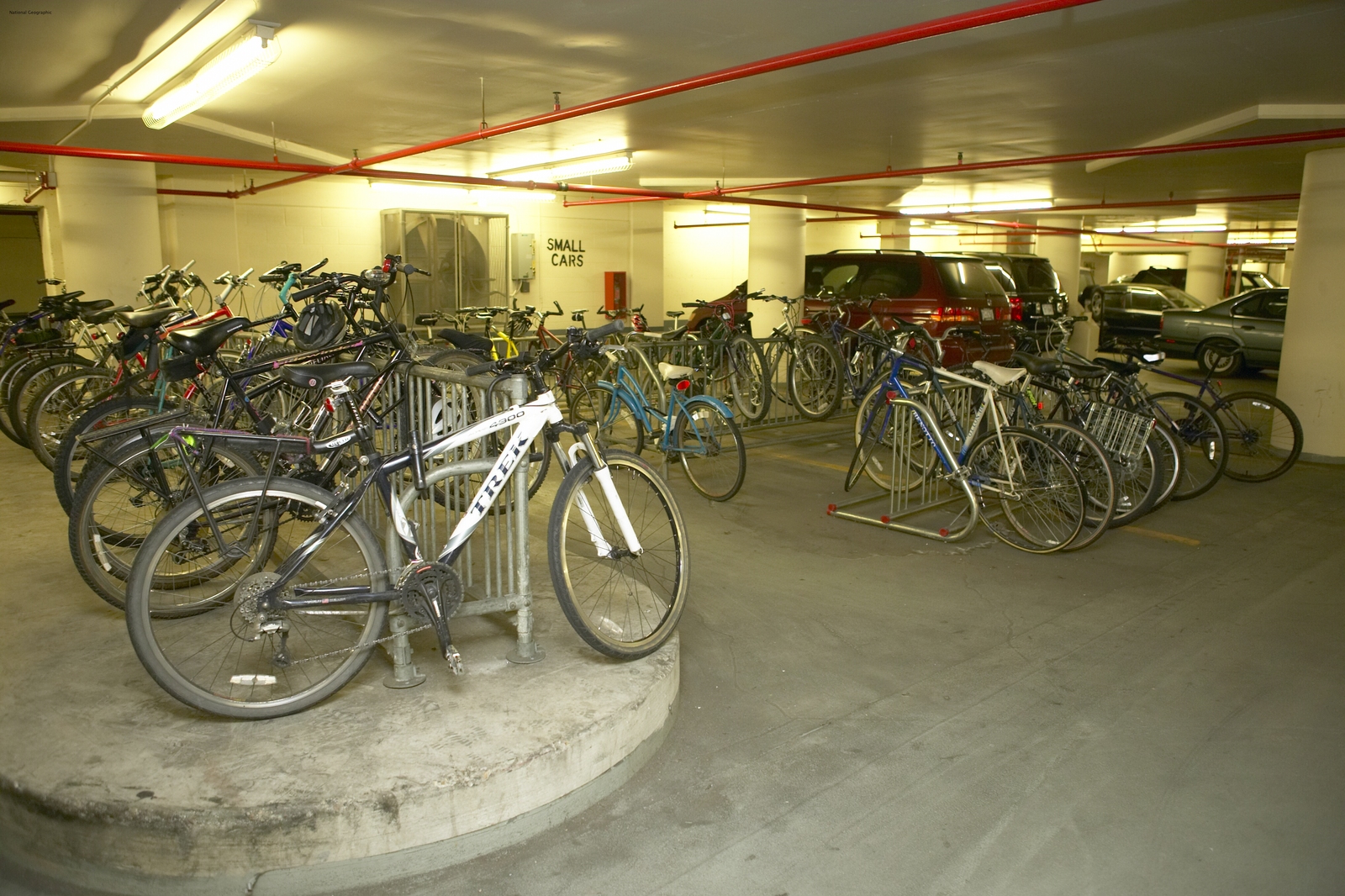 One example of the companies that have popped up to fill this infrastructure niche is Minneapolis-based Dero. It offers cities and builders all kinds of bike racks, shelters and lockers, and its bike parking guide shares suggestions on space use orientation and mounting and installation options.

Since cyclists need to know ahead of time where they'll be able to park their bikes, they can take advantage of mobile apps and real-time online maps of available locations. In the D.C. region, BikeArlington created RackSpotter, an interactive map of facilities in the area.

At USGBC, we have designated bike racks in the parking garage, and many staff members ride to work on a daily basis. Here's what they had to say:

I’ve lived in D.C. without a car for more than a decade, and biking has become a convenient, low-cost and low-impact means of getting around the city. I bike to work because it’s a great way to get outside and exercise early in the day. I’m also able to go at my own pace, avoiding the delays of transit and the traffic of driving. I get to the office with a few miles behind me and a clear mind, ready to focus on the challenges of the day. 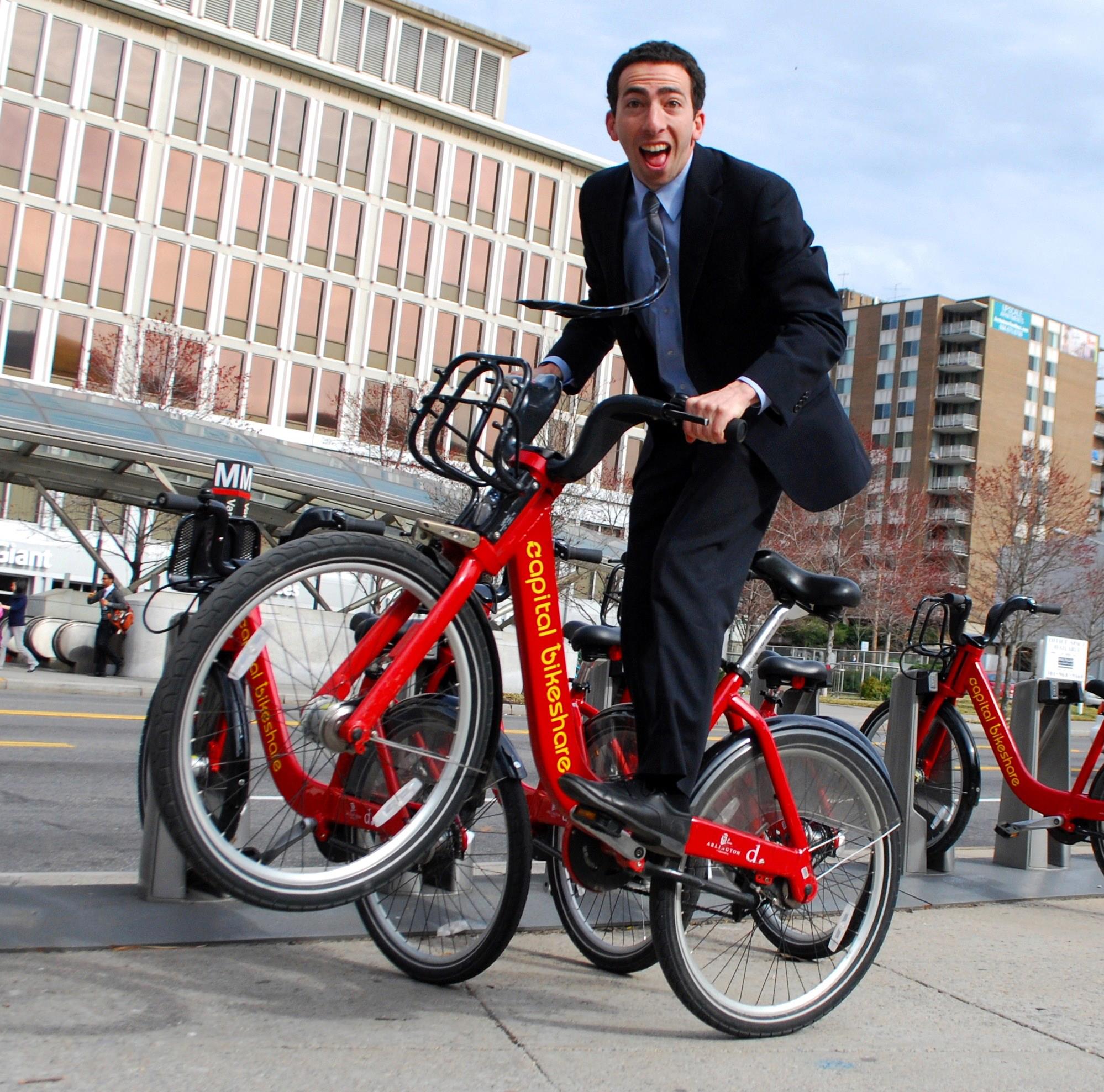 Thanks to an old-coworker who convinced me that the D.C. bike lanes weren’t as scary as I imagined, I bought a bike in 2013 and haven’t looked back. Biking is my favorite way to get around the city—it is usually the fastest option, gets the blood moving in the morning, helps minimize my carbon footprint and has allowed me to explore different areas of the city I otherwise wouldn’t have gotten to by foot or metro. I'm happy to see that the city is making it easier for more people to get around by bike! 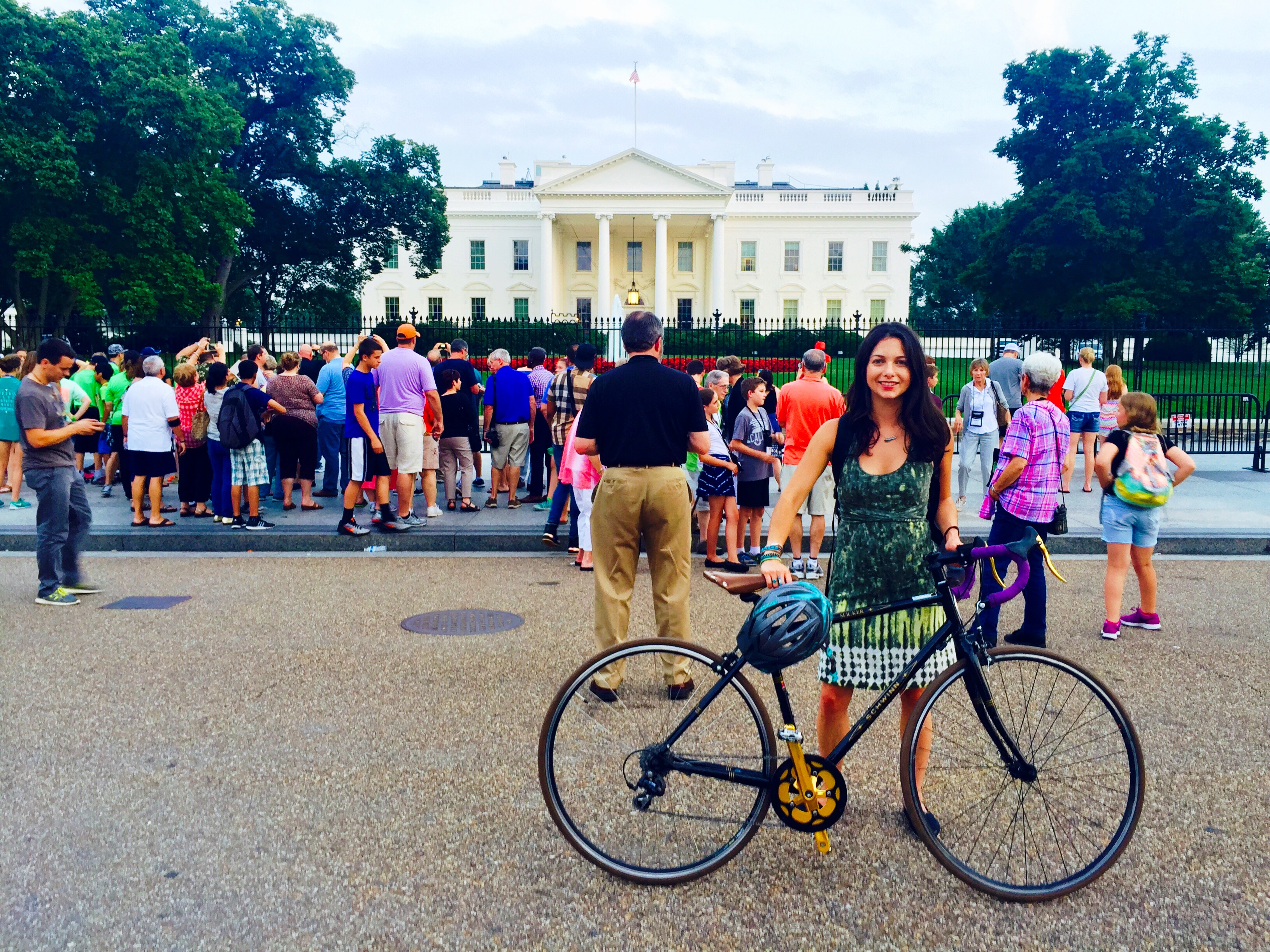 Bicycle use will likely keep increasing, as populations center more and more in urban areas and cities work to minimize their carbon emissions. The League of American Bicyclists shows the growth of bike commuting from 2000 to 2013: 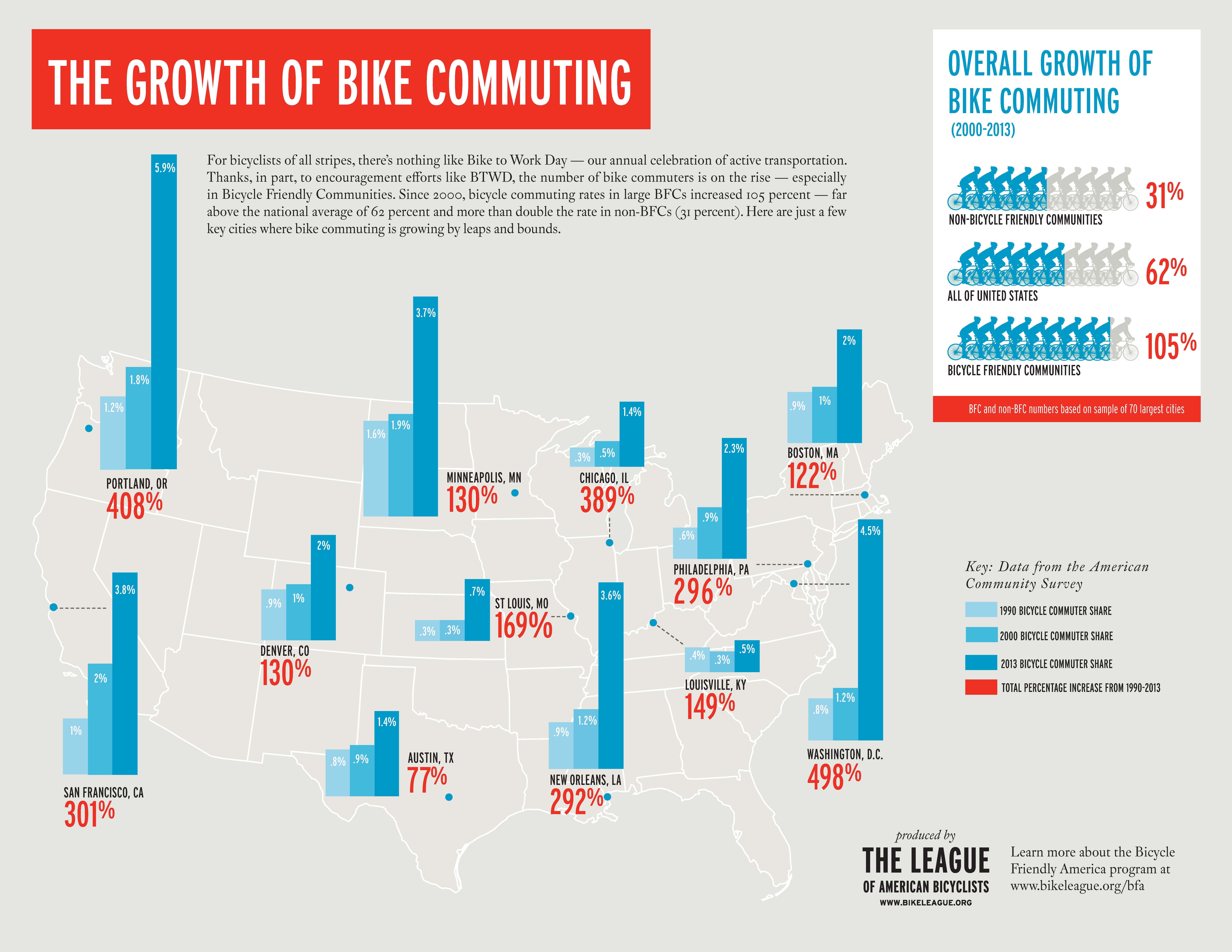 See how USGBC staff do Bike to Work Day